Approaching Giza alternatively careening and crawling down Pyramid Street one passes a corner and Great Pyramid  is suddenly seen looming over the area. As the only wonder of the ancient world that remains standing, the Great Pyramid is a truly impressive sight to behold, and, in person, its size defies expectations.  The Great Pyramid was built over 4000 years ago, and was thought to be around 480 feet tall (some stone have since been removed, leaving it 455 feet tall), making it the tallest structure in the world for around 3800 years.  Incredible, the exact methodology used to build the pyramids is still a subject of strong disagreement among scholars.

The area around the Great Pyramid itself was rather messy with trash and animal excrement, but the mess was mostly confined to this area, as it turns out that walking past the Great Pyramid to the other pyramids is forbidden, one must be on an animal or in a cart, and accompanied by a guide. We elected to take a longer tour to see all the Giza pyramids as well as the Sphinx, and chose to go by camel. “Great choice,” said our guide, “I took another couple out in a carriage a couple months ago, and the carriage broke, and the people got hurt. You never know what can happen.”

Despite the proximity to Cairo, the fresh breeze from outside the city, the quiet, and the clearly ancient nature of the pyramids, made one feel thrown back in time, and, by looking out across the seemingly empty desert, perhaps in space as well. 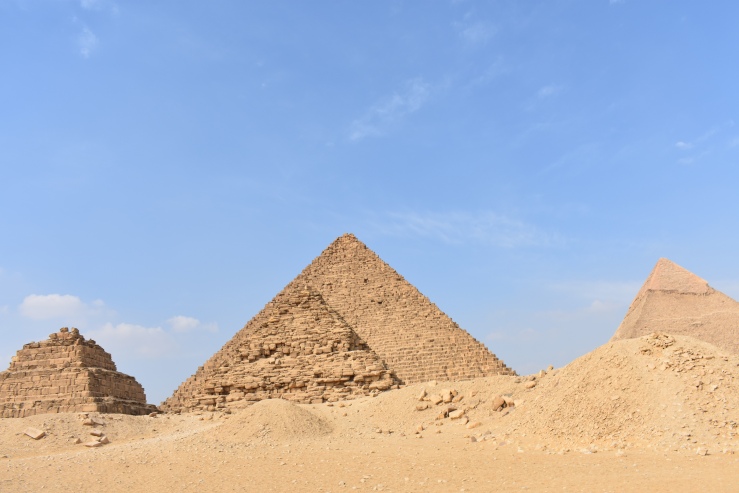 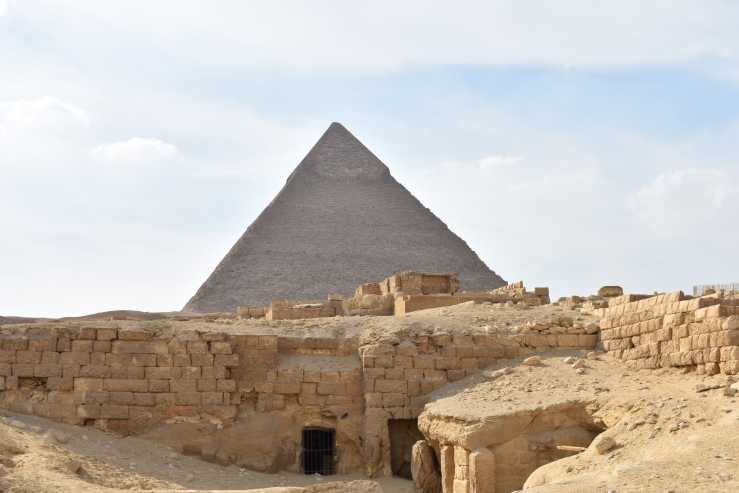