Originally known as  “Mukuntuweap” by the local Paiute Indians and early American explorers and settlers, the Mormon community proved successful at their efforts to rename the park. Entering Zion National Park one immediately understands this designation, the park is truly majestic..

Officially designated as Zion National Park in 1919, the park recorded 1814 visitors, compared to the estimated 4.5 million nearly 100 years later, in 2017, making this the third most-visited national park (behind Great Smoky and the Grand Canyon).  Combined with a relatively smaller area, Zion may be the most densely populated national park in the country.  The heaviness of use is clear in the park, given the dependence on a bus system and the wide, paved trails.

Visiting in the early spring was a lovely opportunity to visit the park.  A light snow had fallen overnight, dusting the rim of the canyon, while the floor remained dry.  During the day there were ideal hiking conditions, with sunshine and temperatures reaching to 60 ºF.  The hiking itself provides claustrophobic canyons and stunning vistas, and provides an intimate way to appreciate and marvel at how the Virgin river and its tributaries have managed to carve through 1500 vertical feet of the Colorado plateau over the course of nearly 300 million years. 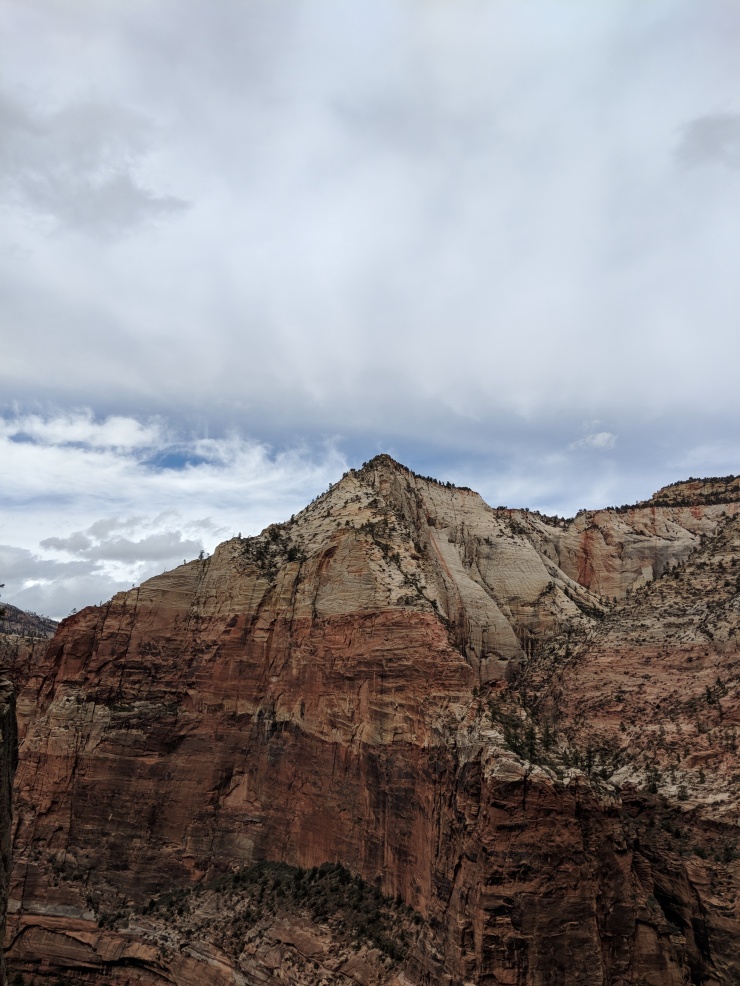 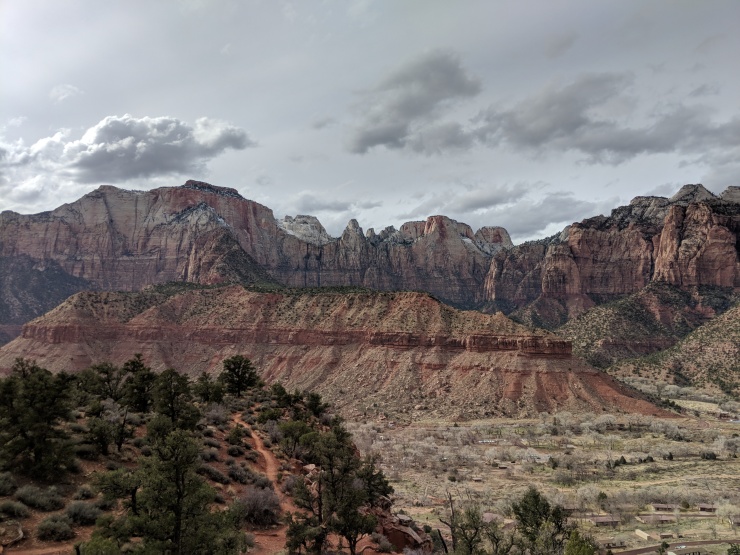