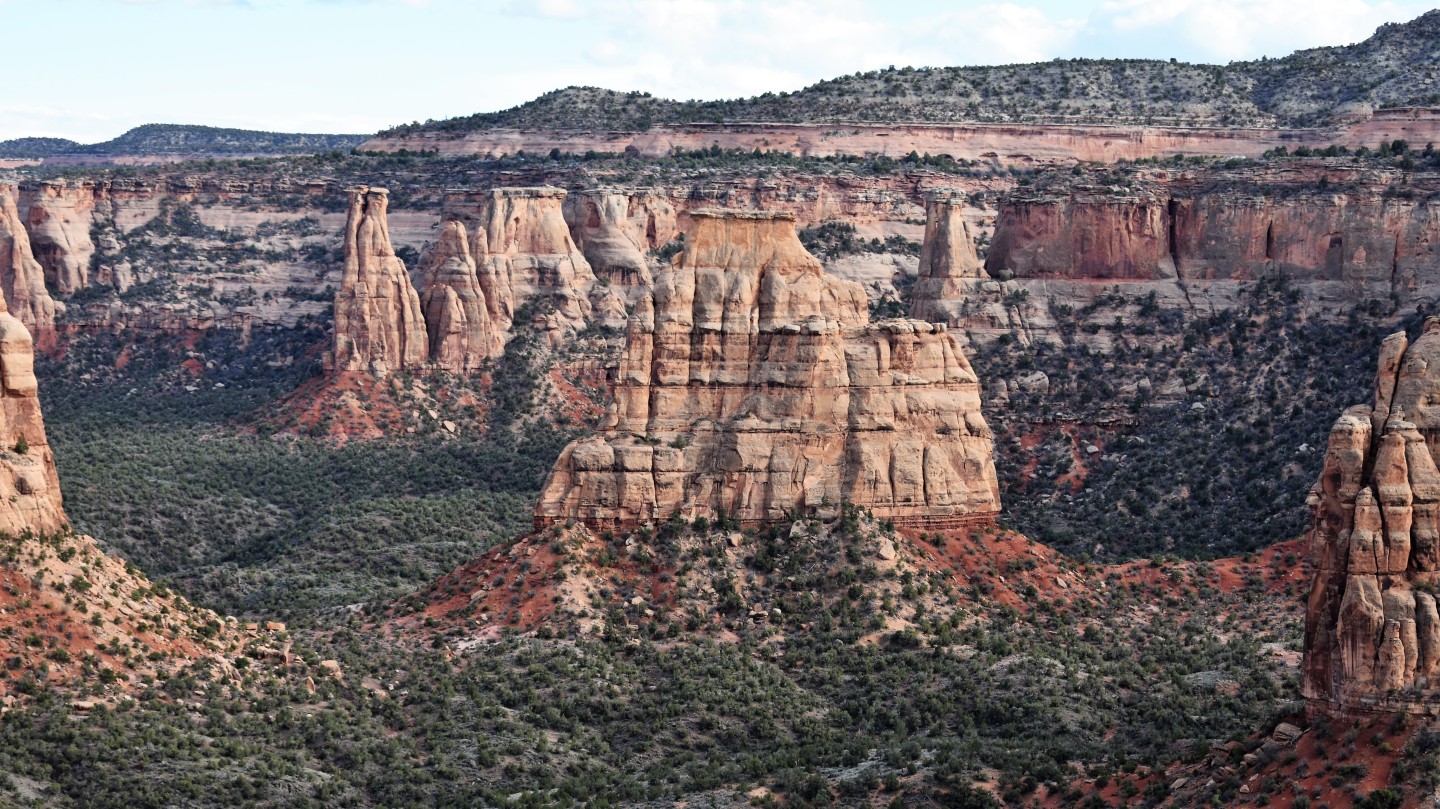 The Colorado National Monument encompasses a series of red rock canyons rising out of the Colorado Plateau as the Colorado River passes through the Grand Valley below. The Monument has a sunny, arid climate and numerous small canyons with seasonal water flow, thus, the spring presents an ideal time to visit. Nature education is a notable part of the park, with multiple informative nature walks that identify both the local (and invasive) plant species, as well as the geological history of the park, which can be readily observed through the distinctive rock layers visible throughout. One can hardly forget the importance of geology during an auto tour through the park’s main road, Rim Rock Drive, as the road is strategically placed on a particular layer of sandstone more stable than those above or below the road.

Ecologically, Colorado National Monument is a huge success story following the reintroduction of bighorn sheep in 1979. Over 40 bighorn now reside permanently in the park, with an estimated 200 thought to live in the greater Grand Valley area. The Monument is also home to over 54 species of birds, earning it the designation of important bird area.

Unfortunately, the developed corridor below the park can often feel close at hand, with incessant traffic noise from I-70 and the occasional train horn to be heard, and lights from the valley obscuring the stars in the night sky. Despite these drawbacks both silence and solitude can be found in the further reaches of some of the canyons, and stunning landscapes can be found throughout the park.